A fauna as unique as it is spectacular 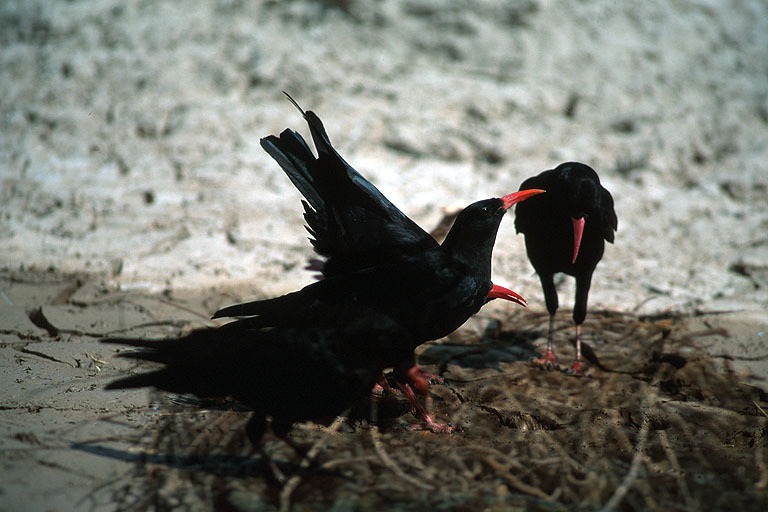 La Palma’s fauna is rich, above all, in invertebrate species, with a high percentage of endemisms, whereas its vertebrate diversity is more limited. Both phenomena are due to insularity, which has imposed genetic isolation on its animal populations, fostering the preservation of archaic forms, or the emergence of new species by local evolution.

Birds, reptiles, and invertebrates account for most of the endemic species.

Reptiles are represented by the lizard (Gallotia galloti palmae) and the gecko (Tarentola delalandii), and amphibians by the Common and the Stripeless Tree Frogs (Hyla arborea and H. meridionalis).

Among the invertebrates, the beetle Buprestis bertheloti and the bee Eucera gracilipes (endemic to La Palma) are worthy of note. There are also carnivorous ones, such as the voracious mantis (Pseudoyersinia canariensis) and the robber fly (Promachus palmensis).

Among the butterflies, the endemic subspecies of Brimstone (Gonopteryx palmae), the Large White (Pieris cheiranthi benchoavensis) and the Indian Red Admiral (Vanessa vulcania) should be mentioned.

Can we help you? 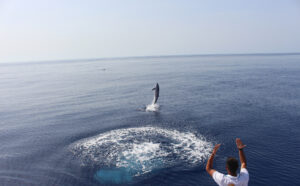 Keep an eye out ... for cetaceans

Route of the Volcanoes